Colossians 3:11 “…where there is neither Greek nor Jew, circumcised nor

uncircumcised, barbarian, Scythian, slave or free, but Christ is all and in all.”

I wonder if we Christians have understood just how radical the forming of new relationships through God’s outpoured grace is? God is not just going about saving souls. His heart from the beginning of time was to establish a new kind of family from every ethnicity; love bonds the world had never before witnessed. In Paul’s letter to the believers in Colossae he writes about God’s family on earth which he calls the body of Christ. He proudly proclaims that the uncultured and uncouth barbarians belonged together in the same family with the wealthy intellectually driven Greeks! He mentions uncircumcised gentiles and Jews being invited to sit at the same table. Slaves, especially, were to be treated with respect and dignity, as family. To most this was preposterous. To Paul this equality was the fulfilment of God’s original strategy.

Nowhere do we see it more clearly than in Jesus dealings with his own earthly family. Remember the answer given by Jesus when told his concerned mother and brothers wanted a word outside with him? ‘And who are my mother and my brothers,’ he said? His next phrase was about to radically realign relationships on our planet. ‘And looking around at those sitting in a circle about him, he said, “Here are my mother and brothers. Anyone who does the will of my Father, that person is my brother and sister and mother.” (Mark 3:34)  This was cataclysmic. With those few words Jesus extended the family beyond Abraham and bloodlines! Jesus pulls us all in and throws out the divisive narrative of difference.

To take it further you might remember the time that Jesus appeared after his resurrection to a couple of friends. They didn’t even recognise Him! The account says He appeared to them in a different form to teach them to recognise Him by the spirit and not by appearance. Jesus also spoke of coming to us in the form of a stranger and complimented our willingness to take him in. (Matthew 25:35)  The Lord comes to us through those who are as different to us as foreigners, but like Paul reminds, He is all and in all.

Here’s a simple truth for you to embrace today: The universe tends toward diversity! God loves diversity so much that he made every last one of us different. God knows we need the uniqueness and freshness that each one brings to us. We too, like God, are free to love the creativity that diversity brings. Instead of buttressing ourselves within our own lines of sameness and like-usness, we are permitted, even encouraged, to step out and learn from each other. Be open and expectant! That is such a different posture from the closed stance we were taught which is based on fear. Next time you are in a church or meeting that is not your own look around and say to yourself proudly, “This gathering is more than a belief in the same God, these people are family!”

The apostle Peter revealed that God is building something big and beautiful out of all of us, Anglicans, Baptists, Brethren, Coptics, Catholics, Charismatics, Pentecostals, Presbyterians, and the hundreds of other kinds of Christians.   We are each “Living stones to make a spiritual house.” 1 Peter 2:5  Can we plumb the depths of that sentence? Each rough-edged stone is being fitted. We are not certain how it all will look in the end, nor do we have to. That’s the glory of God. We are pretty sure, though, that the family of God, imperfect as we are, was made to teach the world the beauty of unity in diversity. We haven’t always done such a good job at this, have we? Lets keep at it! 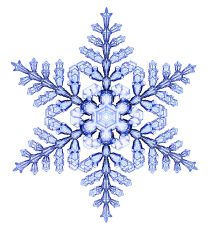 It had been years since I saw him last. As I passed through customs to retrieve my luggage, I knew he would be waiting for me in the welcome hall. This trip was because of him. I would preach and teach as usual, but this time God wanted me to be a friend to a big-hearted individual. Anton and I go back a long ways. The first time I met him was in 2000 at a church dedication and conference I was speaking at. We were sitting at the same table. He let others do most of the talking. My impression was that he was shy. I had no idea then that this man with a fun loving smile would one day be part of my own destiny.

Honestly, Sri Lanka was never a place I thought about visiting. When Ray Faulkner, the Regional Coordinator at the time, asked me to come and speak, I was surprised, but pleased. It was the first of many trips, often with teams from Canada and Thailand. When Pastor Anton became the Superintendent years later he was keen on developing the young people in both the Tamil and Singhalese churches. I wanted to be a part of this embryonic vision! That’s how Sri Lanka became one of my passions.

It has been my honour to speak in many camps and church meetings. I have spent countless hours with this man weaving in and out of Sri Lanka’s notorious traffic. I became familiar with Colombo’s dichotomy of a colonial past and its continued struggle to become an independent nation. I’ve seen the outcome of a civil war and learned about the persecution by a controlling Buddhist population on minority religions. Anton’s own church was hit twice, once with a grenade in 2002 and then with a petrol bomb in 2003, causing damage to the building and vehicles. I visited after the Tsunami destroyed homes and lives. From the beautiful southern City of Galle to the breathtaking tea estates in the highlands of Candy and Nuwara Eliya Anton and I have laughed generously, cried some, prayed and told each other God-story after God-story.

A lot had changed since I last saw Anton in 2013. I knew he had been through some deep waters. Being a pastor and leader carries a heavy price. While he groaned many prayers, shed many tears, and lost weight, I was going through my own transition. Brain surgery changed drastically the direction of my life and our family transitioned in 2013, first to Germany for a year and then to France. But we kept in touch, as best as one could, considering the distances and circumstances. This year he reached out to me and yearned to lead his church for a time of retreat. I wanted to bring a team from Canada and speak too. Unfortunately the expenses were far too great for the abilities of the congregation to organise a camp on their own. I could neither find a team, nor funds for a camp. My first thought was, “Should I just forget about it and cancel?”  It made sense to say, “Next year, Anton!”

My heart was heavy as I prayed and I knew I was giving up too easily on Anton and his family. I let the Lord know about my desire and my personal financial situation. I felt led to I reach out to an individual, asking humbly if there was any way he could help me with travel. When he agreed, I reached out to another friend for help with some of the logistical expenses. The trip began to take shape. I was pumped. I would spend a week with Anton and his church and a day at a youth camp as well.

Leaving the airport we made our way into crowded Colombo. The traffic was as bad as I had ever seen. Everyone was shopping before the New Year celebrations would close shop. We spent the next three hours chatting away and missing where we were supposed to turn. I reminisced how the last time I visited we were slated to do a Youth Conference but only a few kids showed up. I found out in our car ride that many pastors had boycotted the camp. I never knew how much Anton felt betrayed and deflated. We did a shortened version of the camp there anyway. On our way to the hotel Anton shared how that over the years he was looking for a father figure; his own dad left with another woman when he was 12 years old. At first he wanted a kind of fatherly relationship from me, but as we spent time together he realised we could become real friends.

I prepared well for this trip while in France and was ready for our church meetings on Sunday and Monday. My theme was ‘Transformation’ and emphasised how God does His best work in our lives  when we go through difficult situations. Our teachers are darkness, wounds and pain. If we avoid the blame game we gain insight into our own blind spots and ego. It leads to finding our true identity in Christ. The second day I was blessed by an even larger group and continued to speak on how a changed identity provides security, transparency and a willingness to be vulnerable in family. When Jesus was told that his

Sharing in the church.

Even as I was speaking my revelation of family was growing clearer. I had always loved travel and meeting people of different cultures. Now I was beginning to see how brothers in Christ should view and treat each other. We say no to slander, divisiveness and stumble together towards grace. It is the only way. We refuse to allow opinions, skin colour, racial or economic biases or jealousy to wreak havoc on the family. The world has been waiting a long time to see such a family. Unfortunately we have showed them a lot less of that. The response to these messages was encouraging.

After four nights in a hotel Anton announced to me his home was ready to receive me. An air conditioner was installed, rented by the day! His three kids painted the walls, moved in Anton’s and Silverine’s own mattress, bought new pillows and sheets and welcomed me home proudly. I saw his family up close. I heard Anton address his wife and children with unfamiliar words. I wanted to know why? He taught me the meaning of these Singhalese words. I asked him how do friends address each other. You see, from my first visit to Sri Lanka I’ve been addressed as Pastor Peter every day, every time, by every single person, including Anton. I wanted to drop the formalities. After thinking a bit he found the word, “machang.” “This,” he said, “is what good friends call each other.” And of course I decided to use that word at the dinner table. “Machang, can you pass the curry?” I waited to see the reaction. It was laughter, appreciation and it was appropriate.

Anton and I for the evening ritual of sitting outside to relax.

This tall thin white visitor and this short chubby dark-skinned local were now friends and we were a microcosm of the true family of God.

I left a bit of my heart in Colombo on this trip. My hope for the church in Sri Lanka has been renewed. The church carries a great responsibility to show its population what our true identity is. It has nothing to do with buildings and rituals. It is above all a receiving of Christ’s identity, participating in His very life and grace.  It took a long trip to a tear-shaped island in the Indian Ocean for me to rediscover a life hid in Christ in God looks like love.